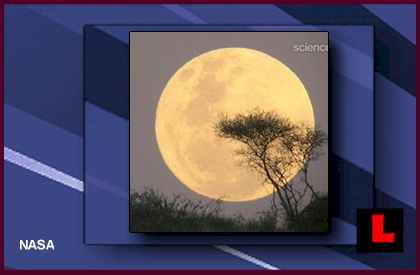 Tonight’s full Moon 2011, aka supermoon or super perigee Moon, will make history. The super Moon in the sky for March 19, 20111 is the largest in decades. As NASA tells news, tonight’s super Moon makes history both for its size, location, and even beauty.

When does it arrive? How is the Moon differ than previous years? And what exactly is “perigee”?

Tonight’s super Moon begins at sunset. It will rise in the east and set in the west, says NASA to news. The full Moon makes history as the largest in twenty years. And researchers are calling it a super perigee moon.

North America hasn’t had a full Moon this large and this close to Earth since 1993. The size of a Moon, says NASA to news, depends on the Moon’s orbit.

Perigee Moons are substantially larger and brighter than Moons that happen on the apogee side.
In a statement to news, NASA explains “It is an ellipse with one side (perigee) about 50,000 km closer to Earth than the other (apogee): diagram.” NASA adds that “Nearby perigee moons are about 14% bigger and 30% brighter than lesser moons that occur on the apogee side of the Moon’s orbit.”

Does the full Moon impact our environment? The answer is hardly. Tide water’s may rise only an inch, says NASA.

In fact, tonight’s full Moon may not look that much larger than the nearly full super Moon of December 2008 or any nightly Moon, unless you perceive it from a certain horizon. NASA explains that the Moon will appear standard if you perceive it with no object in the foreground. But when it appears behind something on the horizon (like a tree for example, shown above), it will show clearer and larger, often called a “Moon illusion”.